Over the pandemic, Emily McMehen and I have been prompting one another to write by choosing a handful of more or less random, more or less arbitrary constraints, obstacles, or elements -- most often by grabbing a book off the shelf and flipping to a word with our eyes closed, or by pulling a card from a tarot deck, or something along those lines. We’ll then give one another a few hours to sit and write something that obliquely incorporates the elements picked. Usually something in the neighbourhood of 500-1000 words. Sometimes these ripen into finished short stories, sometimes they sit on the compost heap.

As a little experiment, I’m going to try “showing my work” here, at the risk of cheating the text of a chance to stand on its own two feet. But I’ll do so at the end of the story (or fragment?) so as to at least get out of its way. 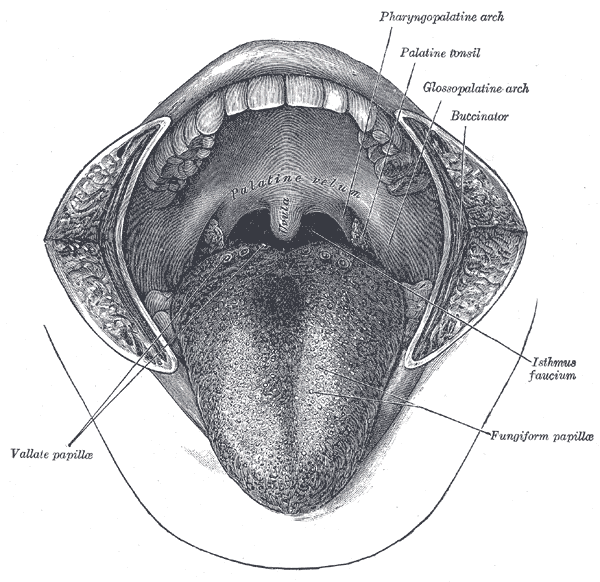 To a smaller than average man -- stretched out in the crease of her tongue with one heel hooked over his opposite ankle, leaning back, palms flat, idly massaging the shag of papillae with his fingers running between them -- to him, the view would be beautiful. The rusty bluffs of enamel above -- he wouldn’t see the lower row, on account of the bulk of the tongue -- would part directly before him. And being the only soul sitting right there, it would feel -- he’d know it’s not so, but it’d feel -- like they’d parted solely for him, for him to see what he’d see: one lip eclipsing the earth below, the other wrapped around heaven above in its trembling emerald firmament. The vapours would sting his eyes and so he’d blink them hard and fast. They’d water a bit, which would help. Light would play on the cosmic glass and warp as the universe tilted. He’d have to shift his weight back to his palms, and clench fistfuls of taste buds to keep from slipping. But not because he’s afraid to die. He would be afraid, of course, like anyone would be, but he’d know where he is and why. He’d know what’s going to happen. He’d’ve found his steel. He’d breathe in through his nose, and out through his mouth and he might be getting a little lightheaded but his sinuses would be very clear. He’d think of the day his son had brought him to a Turkish bath in the city, and the bowl of eucalyptus oil that wobbled the light on the tiles. His thoughts would clear. He’d breathe in through his nose and out through his mouth. It wouldn’t be that he wasn’t afraid. He’d just want to meet it calm and alert, and not scurry away from the beauty of the thing like he had somewhere better to be. As the slope of heaven grew steeper he would brace himself, pause, let his muscles go slack, and allow his body to yield. Without closing his eyes he’d imagine -- or rather anticipate proprioceptively -- the moulting away of his skin and the cage of his chest hatching open. When the pale river poured in at last he’d surrender without hesitation.

But there was less than a sip in there left.

Shalim lobbed the Great White empty onto the heap of coats in the corner and stood. This proved overambitious. She sat back down on the air mattress, which had deflated somewhat overnight, and rested her head between her knees. Her bowels squealed and squirmed. She sprawled savasana and counted her breaths. She returned to her feet, slowly, this time, with a hand against the wall. She squinted. The sun was at its winter peak and cut through the glass at eye level. She stumbled across the living room to the heap in the opposite corner. Patches of carpet were still wet. A CD case crunched underfoot. She patted down the faux fur coat on top till she found a pair of sunglasses, Mike’s. They gave him a feminine, buglike look. She put them on. They helped. The green glass bottle with the shark on the label had rolled to the side of the pile. Her throat was parched and her tongue felt thick. She picked the bottle up by the neck and headed to the narrow kitchen.

The dishes were piled high in the sink, with an unfinished bowl of cereal wedged under the spout. She gripped the bottle between her thighs and with both hands jimmied a plate from the stack. Ceramic ground on ceramic. A white-winged moth on its back in the milk flailed its minuscule legs.

A plausible etymology of the city’s name, as Wikipedia has it, traces it back to the phrase,

“foundation (Semitic yry’ ‘to found, to lay a cornerstone’) of the god Shalem”; the god Shalem was thus the original tutelary deity of the Bronze Age city.

Shalim or Shalem was the name of the god of dusk in the Canaanite religion, whose name is based on the same root Š-L-M from which the Hebrew word for “peace” is derived (Shalom in Hebrew, cognate with Arabic Salam). The name thus offered itself to etymologizations such as “The City of Peace”, “Abode of Peace”, “Dwelling of Peace” (“founded in safety”), or “Vision of Peace” in some Christian authors.

Digging a little deeper, what caught my attention was the collective description of the siblings Shalim, the god of dusk, and Shahar, the god of dawn, as “the voracious gods of day”, in Ugaritic texts. Dennis Pardee presents an anotated translation of one of these texts in The Context of Scripture: Canonical Compositions from the Biblical World: 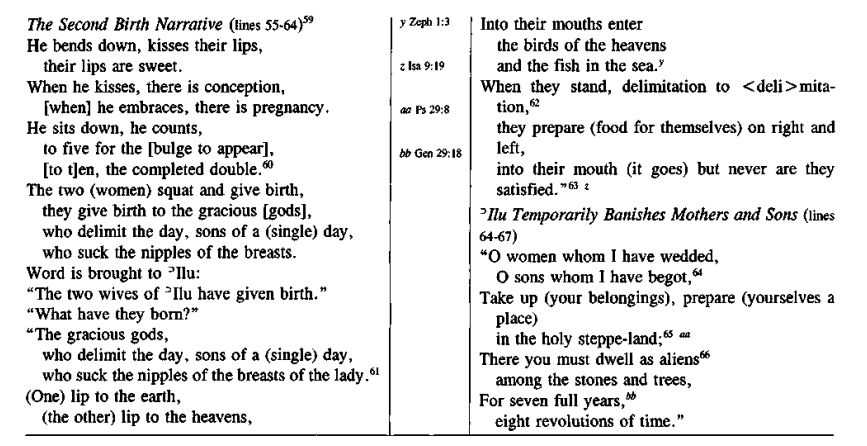 It was this verse that caught me:

Here’s an ivory panel showing what appears to be the goddess Asherah nursing the voracious twins, Shalim and Shahar. 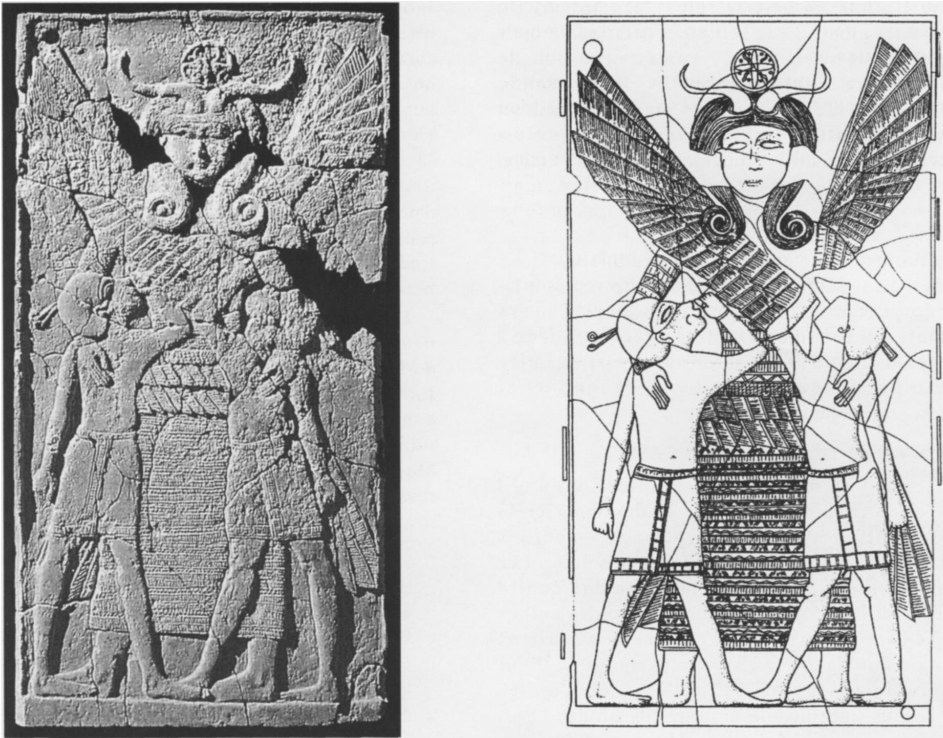 This gave me a place to start.

I found this truly beautiful Webster’s Twentieth Century Dictionary (Unabridged) a week before Christmas, on the shelves at Value Village. There’s something I love about leafing through a vast paper dictionary, with its tiny lithographed diagrams, its onion skin paper, all its happy accidents... So much nicer than digital. It just has a warmer sound. 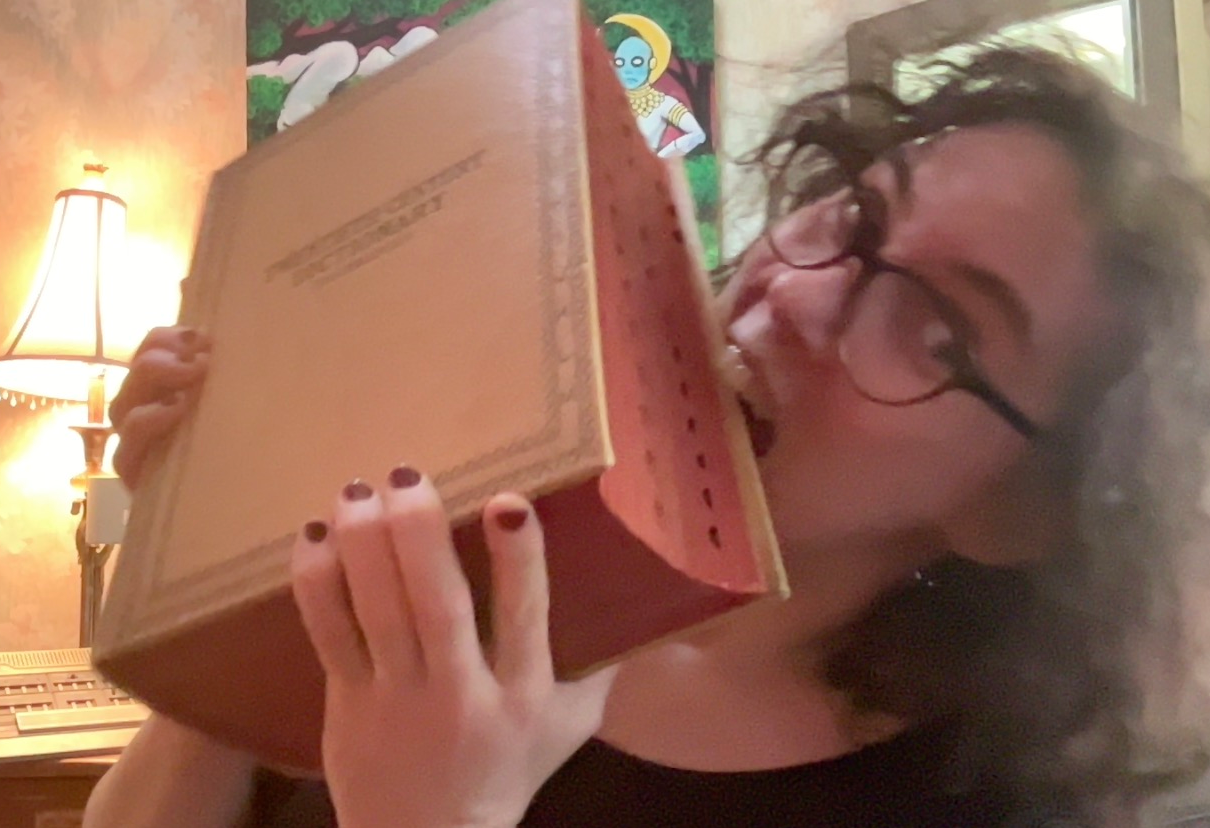 This dictionary has the following entry for trepidation:

The fourth, above all, caught my attention, and dovetailed nicely with the voracious Shalim. 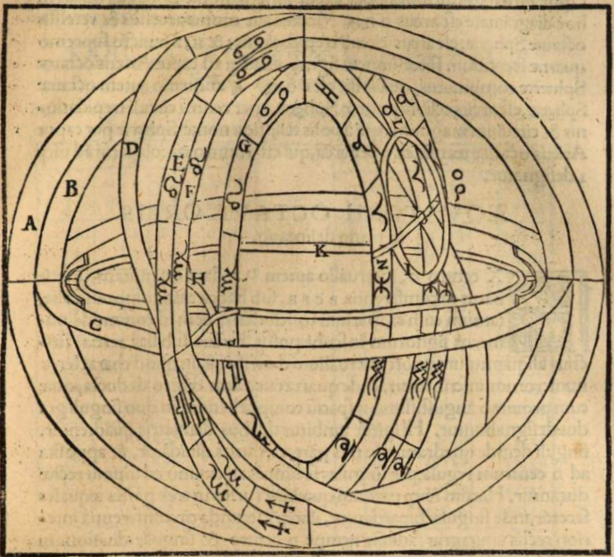 The Six of Swords

Here’s Pamela Smith’s illustration from the classic Smith-Waite deck, the version Emily and I used for the cue: 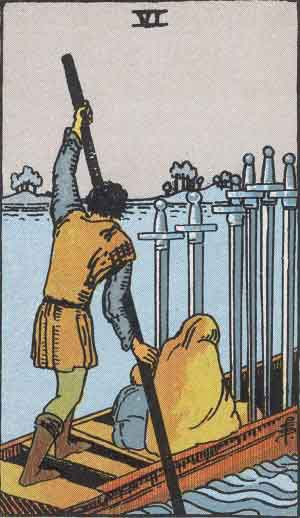 this card more than any other illustrates how Pamela Smith’s images reach beyond Arthur Waite’s formulas. The Pictorial Key says ‘journey by water, route, way, expedient’. But the picture of a ferryboat at twilight, carrying shrouded figures to a wooded isle, suggests a more spiritual journey -- in myth, Charon carrying the dead across the River Styx. A great silence fills this card, like the silence of Salvador Dali’s paintings.

Usually this card does not signify death, though it can indicate mourning; nor does it show transformation, in the sense of Death in the Major Arcana. Rather it depicts a quiet passage through a difficult time. Waite says, ‘The freight is light’; and Eden Gray writes, ‘The swords do not weigh down the boat’. [...] On a simple level it means functioning in some difficult situation without attacking the problems. It can refer to an immediate problem or a situation that has gone on for years. Looking deeper we see the image of a long sorrow -- mourning is an example, but not the only one -- which a person has felt for so long that it no longer gives pain, but has become part of life.

The card brings to mind another image: an insect, on its back, on the surface of the water, or possibly milk, with its six legs up in the air -- though this connection only jumped out at me after I’d written the story. A few minutes ago, in fact. While writing I was just keeping the card’s vibe in mind.