Evolution only needs three things to occur: replication, variation, and selection. It doesn't need "life" (Archived), and isn't even fussy about any particular properties of the matter involved. Programs, in fact, are exemplary candidates for evolution. It's possible -- in fact, it's easy -- to evolve programs that are well-adapted to particular tasks, that find optimal solutions to problems, that fuzz out leaks and holes in software, that discover and exploit vulnerabilities, etc. The craft of doing so is called "genetic programming".

Classically, what you need to implement genetic programming is this: some way of selecting, out of a population of (intially random) programs, candidates for reproduction, and one or more "variation operators", which carry out that reproduction by mutating or recombining those candidates in a controlled but stochastic fashion. (There are various features that a well-chosen variation operator should have, but that is, itself, a live field of research, and a topic for another post.)

Selection is traditionally performed with reference to the "fitness" of a specimen, which requires you to quantify how close it comes to solving the problem you're interested in. For classification problems, this could be tied to accuracy, or detection rate, or whatever. For optimisation problems, it could be tied to efficiency. Coming up with a good selection method is usually the key to unravelling the entire problem. With that in hand, almost everything else falls into place.

Once it's up and running, an evolutionary algorithm implements a form of "machine learning", or even intelligence. There's something wonderful about this. It's "Intelligent Design" turned on its head: instead of inferring an intelligent designer from the complexity and problem-solving capacities of life, we abstract, from evolutionary theory, an algorithmic description of how those life-forms came to exist, and use it to design intelligence! 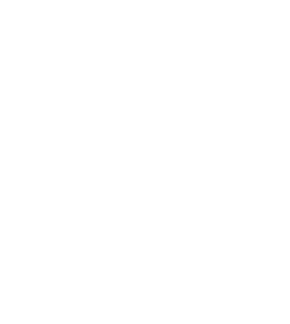 Now, instead of measuring the evolving population against some static, a priori measure of fitness, it's possible to implement the selective pressures as evolving populations in their own right. This is the aim of competitive coevolutionary algorithms, where two or more populations exert selection pressure on one another, in the absence of any external measure. It's common to compare this dynamic to the relationship relation between host and parasite, or predator and prey. The parasite poses problems to the host, and itself has to adapt to this task. The host tries to solve these problems in return. The predator "instructs" its prey, and the prey returns the favour.

There's a few ways this can go. The two populations can lock into an "arms race", each adaptation spurring a counter-adaptation on the part of the opponent. (This is, generally speaking, the ideal outcome for the engineer of the process, who wants to do everything they can to accelerate the process.) But it's also possible for the two populations to collude, learning to pose as little challenge as possible to one another, settling into a sort of oligarchical mediocrity. An especially common outcome, however, is for the two populations to simply disengage.

On this topic, it was a paper by John Cartlidge and Seth Bullock, entitled Combating Coevolutionary Disengagement by Reducing Parasite Virulence that initially captured my imagination. "Coevolutionary disengagement", they begin,

occurs when one advantaged population outperforms another to the extent that conspecifics become indistinguishable from one another interms of fitness. At such times, coevolving populations become decoupled, and se-lection acts indiscriminately causing the system to drift, often with deleterious results

The word "outperforms" can be a bit misleading, here. It's not that one population is doing better than the other, in any objectively meaningful sense. Only that it has lost any means of telling its counterparts apart. A teacher whose tests have become so impossibly difficult that all of her students uniformly fail, for example, is "outperforming" the students, in this sense -- but in this sense alone. 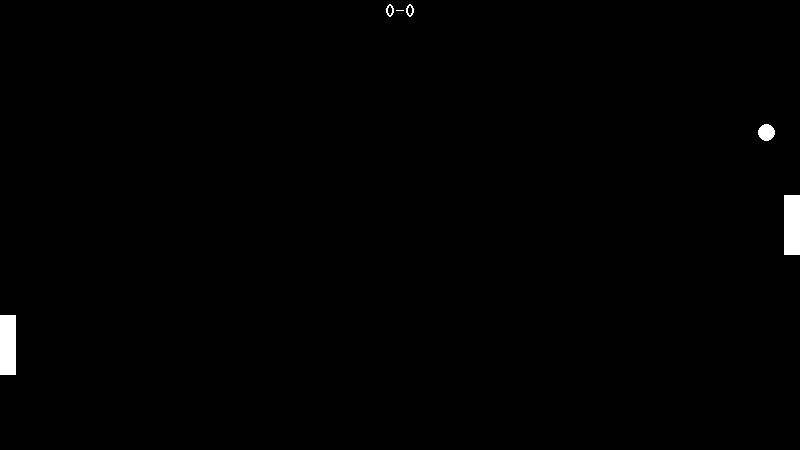 Or to take another example, and one you can experiment with a bit more freely, imagine (or implement) two populations of pong players -- one of which always plays the right side of the table, and one of which always plays the left. Let's say that the fitness function is something like "the number of games won". Players that win against the opposing population go on to breed (at least probabilistically) and ones that lose, don't. Now, suppose we've reached a point where the left population defeats every single right-side player with equal (and high) probability. At this point, whatever selective pressure that the left side imposed on the right is lost -- and vice-versa. The two populations are no longer able to distinguish between one another's members, and, as a result, the fitness landscapes that the two populations find themselves upon have been flattened to a plane. Variation continues to occur, but it is now a purely stochastic process, a random walk. With selection no longer playing a role, genetic drift comes to dominate the evolutionary process. Adaptation has stopped, and any "intelligence" that the system might have exhibited gives way to a kind of free-floating delirium.

The Discourse of Angels

It's interesting to look at the relationship between academic philosophy and its outside through this model: entire discourses -- or "discursive populations" -- that are no longer sensitive to any selective pressures from the outside. Or none, at least, whose selective criteria are relevant to philosophy's own "fitness". The sciences, from academic philosophy's perspective, have coalesced into an opaque monolithic block, whose harmful radiation is warded off by cries of "scientism". Political realities, for their part, are smoothed into a small set of opaque, featureless banners. And so on.

Of course, these discourses continue to mutate, and some sort of selection still occurs, in the blind caprice of committees -- mechanisms that discursive trends can certainly game, but not really as philosophy. "Memetic drift" settles in -- a random walk through academic memespace, whose paths we can afterwards describe only in terms of fashion.

This might be an interesting way of framing political disengagement, too. I'm not talking about apathy or listlessness here. Disengagement, in this sense, can be passionate. It can even be romanticised -- an angelic posture so intense, so virulent, that no adversary can measure up to it. Everything is equally unacceptable. A parasite that, for all its virulence, is no longer able to steer the evolution of its host, in any relevant way, is ill-suited for politics, a craft where your instrument is your adversary.

If disengagement is the Scylla, collusion's the Charybdis -- a situation where the selective pressure each population exerts on the other, rather than being impossibly hardened, is softened to the point of insignificance. The ultimate effect on the process is the same: both collusion and disengagement amount to a surrender to drift. Complacent apathy and holy radicalism mirror each other, here. Any chance of sculpting the adversary's political memeplex is lost, along with any chance of adapting to their tactics. All that's left is a sort of delirium, steered only by the vagaries of the attention economy.

It should be underscored that this is a quick and dirty model. Its application is useful, in some cases, as a thought experiment, but it makes no pretension to sufficiency in describing political or institutional dynamics. On no account should it be taken as given that an "evolutionary arms race" is the dynamic towards which every adversarial situation should expire. There are many reasons to avoid this sort of thing. There are cases, for example, where "collusion" is an entirely desirable outcome -- for the populations involved, if not for the powers deploying them.

I should write something longer about "drift", at some point. There's a certain context-specificity at play, which isn't really remarked upon, when I say, for example, that the abandonment of a political engagement to memetic drift will leave it to be "steered only by the vagaries of the attention economy". Of course, the attention economy plays a selective game of its own, and brings a very definite fitness function to bear on the populations it governs. "Drift", here, is only drift, as opposed to selection, relative to a particular fitness landscape. Is this the case for all cases of drift? It would depend, I suppose, on how tractable the fallback fitness landscape is -- to what extent are the selective pressures it exerts adaptable, and to what extent are they endurable only as noise?